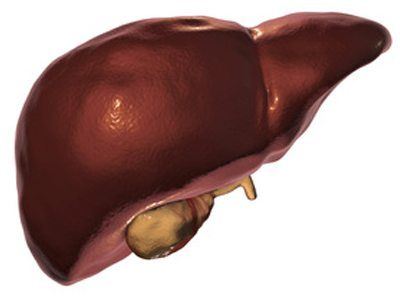 Liver disease is a general term used to describe a range of health afflictions which involve the liver. Some types are the result of specific actions while others are genetic. More still can happen to anyone. Because of the variance in liver disease, pinpointing a cause means determining what kind of liver ailment you have. Read on for common types of liver disease and their specific causes.

Alcoholic liver disease, as the name suggests, is usually the result of too much drinking. Alcohol contains some components which can be toxic in large quantities; one of these is ethanol which can poison the liver. Additionally, people who drink in excess often do not have enough nutrients and vitamins necessary for healthy bodily functions as a result of their alcohol consumption. These unintentional and frequently unnoticed incidents of malnutrition sometimes lead to alcoholic liver disease.

For those with non-alcoholic fatty liver disease (often abbreviated NAFLD), fat builds up in the liver unnaturally. It is thought to be related to obesity, specifically where the body develops a resistance to insulin. NAFLD is often acquired by those with metabolic syndrome. Alternatively, NAFLD is sometimes a side effect of prescription medication, such as amidodarone (prescribed for heart problems) and corticosteroids (steroid hormones used to treat tumors, inflammation and some types of skin disease).

There are many different kinds of hepatitis, the most common being A, B and C; all of them are liver infections caused by a virus. In the case of hepatitis A, the virus is transmitted between people through contaminated items, such as shared plates, or by physical contact with an infected person. The virus which causes hepatitis B is transmitted through the exchange of body fluids, such when sharing a needle or engaging in sexual intercourse. Hepatitis C is transferred through an exchange of blood.

Liver cancer (also called hepatic cancer) is a kind of cancer that has its origins as growths or tumors on or inside the liver. Although scientists still seek to find the cause of this cancer, at least one study has suggested it is the result of an I-carnitine deficiency. I-carnitine is an amino acid compound used by the body to breakdown fats. It is naturally produced, but carnitine supplements are also sold in many stores.

Haemochromatosis is a condition caused by too much iron in the body. Though generally a treatable condition, it is sometimes a precursor to liver cancer. There are many potential causes. Some instances are passed on genetically while others are the result of an iron supplement overdose, frequent blood transfusions or simply diet choices.

Wilson’s disease is a hereditary disease which results in unusual amounts of copper being absorbed into the body. The copper then breaks down and damages the liver. It is caused by a genetic mutation of the Wilson disease protein gene. In order to pass on Wilson’s disease, both parents must be carriers, having at least one copy of this mutated gene.